Char Dham opening and closing dates are declared by the Char Dham temple committee that is Kedar-Badir Madir Simitee . Chardham Yatra 2021 opening date is 14 May on Akshaya Tritiya day – Gangotri and Yamunotri temples opens on 14 May 2021. Badrinath Temple opening date will be 18 May and on Mahashivratri day opening dates Kedarnath Shrine will be announced.

The closing dates of Chardham Yatra are during the Diwali time. These important shrines in Hinduism remains closed for major part of the year due to snowfall (October to April). The temples usually open in the month of April for a six-month period. During the Chardham Yatra period, We conducts spiritual tour to the important shrines in the Chardham region. Online reservation facility is also available. Helicopter Services are also available from Agastyamuni to Kedarnath and Badrinath. Char Dham Yatra in India is having a great importance and it is considered that every Hindu should do Char Dham Yatra once in a lifetime. 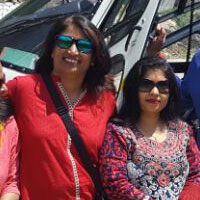 "When 6 of us flew out of Kuwait for the Char Dham yatra we each had our own expectations of what we would find on this journey. The Heritage Aviation team arranged a truly divine sojourn for us in the Land of the Gods. From our car drivers to our local guides; from our helicopter pilots to the owner Mr Mathur, not to forget the cooks who catered to our every whim ... everyone made us feel pampered and safe. Thank you for taking natures vagaries and our tantrums in stride and giving us back memories of a lifetime."

"After living so long in the Dubai for the last 40 years, our thought of visiting India again was really exciting and it was most enjoyable that we were among the other nine like-minded devotees who made us feel like old friends whom we had come to India to visit. All the services of Heritage Aviation were excellent with good meals, accommodations and specially blessed with Darshan throughout the entire journey."

"Kudos to Mr.Rohit Mathur and Kudos to the HA team. With a hundred-proof networking and meticulous planning,Heritage Aviation has made our journey,a memorable experience(19/5/2016-21/5/2016). The networking of staff was excellent.You got a personnel to assist you,as soon as you got down from the helicopter. I would also appreciate the quality of fleet of helicopters owned by Mr.Rohit Mathur which has added to the ease.Safe,well equipped and even at the height of 11660 feet,you feel you are in safe hands. There's so much more to write and thank about but words shall fall short. Cent percent recommendation. Thank you all for a BON VOYAGE!" 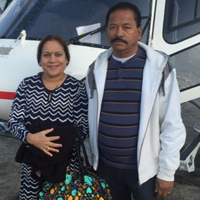 "I had a wonderful trip with my wife for mini char dham. Great People, Great arrangements and wonderful Darshan. We had a wonderful time for all 5 days with your perfect coordination, choice of hotels, meals at restaurants and your smart team."